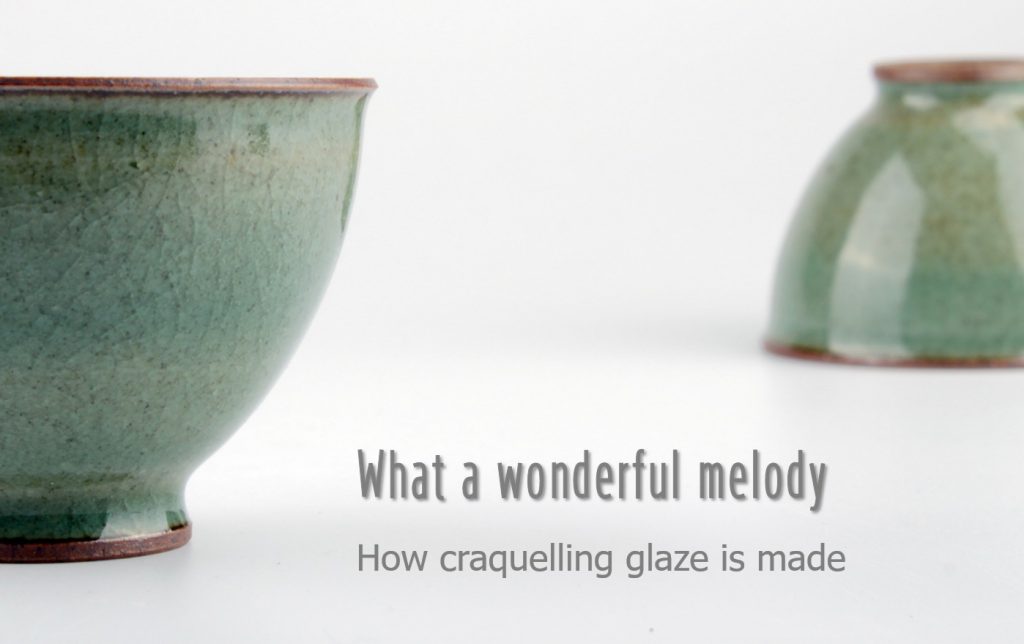 Have you ever wondered how craquelling glaze is formed?

Watch this video and make sure your audio is turned on.

This crisp sound is glaze breaking and hence forming craquelure.

If the door of the kiln opens too early, the ceramics would break (even explode) completely. If the door opens too late, no craquelure can be formed.

On top of temperature and timing, of course the glaze and the ceramic body need to have different shrinkage coefficients to form craquelure.